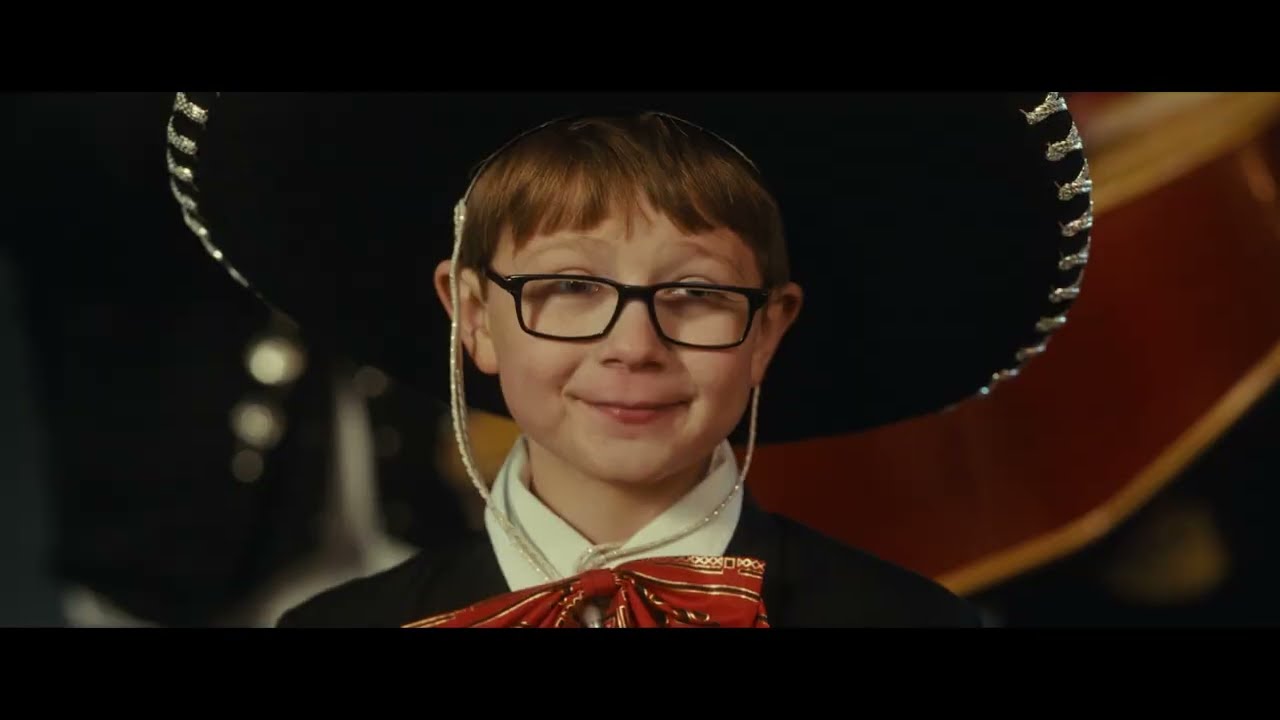 A boy, a tuba, and a quixotic quest to woo the girl of his dreams make this heartwarming short film.

“As a director, I want to tap into real emotions, whether joy, sadness or excitement, and tell stories that draw people in because they ring true,” said director Michael Gabriele.

The film is structured as a branded film for a compact SUV and designed to highlight Gabriele’s skill as a lifestyle storyteller. Gabriele is also hoping to give people a lift. “The world could use some positivity right now,” he says. “There is something about mariachi bands and banda music that is inherently appealing, and it fits well into this charming love story. As a director, I aim for strong emotions that help us connect as humans.”

Proving the timeless maxim that love conquers all, the film follows the boy as he repeatedly shows up in the front yard of a cute Hispanic girl and tries to serenade her.

The idea for the film came from Daily Planet executive producer Scott Marvel, who admits to having passed through his own infatuation with mariachi. “I was obsessed with it one summer,” he recalls. “There is a radio station in Chicago that plays mariachi music and I drove my wife nuts. It got me thinking about young Mexican boys practicing the tuba in their homes and what a lonely life that must be.”

Scott Marvel, Michael Gabriele and Alan Spindle developed the idea into a script that could also be used as an advertising vehicle and then set about organizing the production. One of their chief hurdles was finding a boy with the right look and personality for the story.

“In our first casting session we found the girl, her dad and the boy’s parents, but we didn’t have the boy,” says Marvel. “The kids we saw were all a little cocky. We almost postponed the shoot, but we went back for one more try, and the perfect boy walked in. He looked like Charlie Brown.”

Gabriele shot the spot in Los Angeles, employing several practical locations including the colorful Mariachi Plaza in the city’s Boyle Heights district. The musicians who appear in the spot’s final scene were recruited from local bands. “They were not trained actors, and most did not speak English, but they took direction well and were up for anything,” Gabriele notes. “It all came together very well.”

For the music, Marvel turned to music production company Sonixphere. Greg Allan, the company’s president and executive producer, quickly saw that it was a challenging assignment as the music not only had to be authentic to the mariachi genre, it also had to fit perfectly with the beats of the story. In the opening scenes, the boy plays the tune on his own while repeatedly misfiring notes. When it’s heard again at the end, it appears as a lovely serenade played by a five-piece ensemble with the boy executing a flawless solo.

“I told Scott that it had to be a pre-score,” recalls Allan. “We would create all the flubs for the boy and provide choices for flexibility in the shoot. We’d also provide the music to the mariachi players so they could learn their parts and give an authentic performance.”

Written by Greg Allan and Sonixphere Sr. Producer/Composer, Tony Elfers, the music is also employed in subtler guise as under-score during narrative portions of the film. It provides a bouncy rhythm to a montage of the boy’s dad driving around Los Angeles recruiting musicians.

The idea for the boy’s solo arose during the compositional process. “I thought, ‘What if the boy nails it and blows everyone’s mind?” recalls Allan. “’Wouldn’t that be funny?’ Scott and Michael liked the idea, so we wrote it like that.”

Gabriele, who has directed commercials for brands including Verizon, Kellogg’s, McDonald’s, Jim Beam, Courvoisier, Blue Moon, Applebee’s, Asics, BMO Harris Bank, Nissan and Honda, believes that people will respond to the film because it evokes a simple truth. “I was a dorky kid too,” he says, “and I find there is something wonderful about kids and their desire to share something they think is cool, even if the world around them doesn’t agree.”