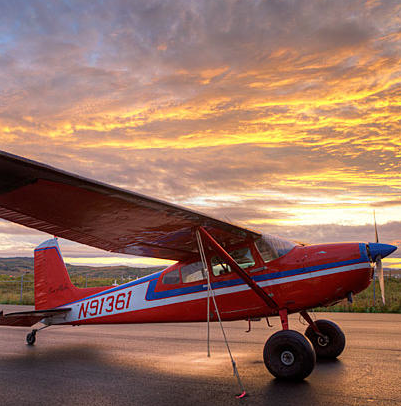 December 7, 2011—Sonixphere, a globally-connected music and sound company, in collaboration with its Los Angeles-based partner iSpy Music, is currently creating original music for Discovery Channel’s Flying Wild Alaska (FWA). The reality series follows the adventures of the unconventional, airborne, millionaire Tweto family as they transport passengers to remote parts of Alaska on their airline, Era Alaska.

“For the first season’s launch and theme, we concentrated primarily on finding the show’s sound,” says Greg Allan, executive producer and creative director at Sonixphere. “The content inspired us to create music that conjured the beauty and primitive vastness of the region and reflected the vitality and spirit of the Twetos. We wanted music that people would remember and associate with the show as well as emulate its essence.”

“In addition, we use a baritone guitar as the main sonic branding element within each show,” says Allan. “You hear those rich strings, and it’s instantly recognizable as the sound of Flying Wild Alaska.For the show’s current, second season, Sonixphere and iSpy are continuing to draw upon the heritage of the region and primitive lore while introducing more organic sounds and native Alaskan drums, vocals, flutes and even a boomerang. The show’s producer, D.J. Nurre, also suggested writing more derivative cues incorporating the theme into the underscore.

“And because the show is about planes and props, we incorporate the simulated sound of a prop plane into some of the cues,” adds Doug Bossi, owner and lead composer for iSpy Music.

The music teams used a hybrid mix of real guitars and bass combined with samples. “This show contains a wide variety of musical genres from electronic to orchestral to tribal to native,” notes Bossi, whose credits with Sonixphere include Secret Millionaire, The Great Food Raceand The Real Deal. “It’s a product of our diverse backgrounds. Sonixphere’s background in long and short form music and sonic branding allows them to bring ideas to the table that I wouldn’t have thought of. A good collaboration affords an opportunity to get a better end result as more people get to splash paint against it. Working with Greg and the Sonixphere team is awesome.
”